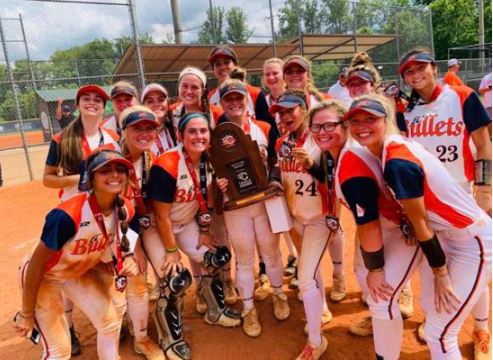 Congratulations to the 16U EC Bullets Biele/Heath Team for winning the TCS National Championship! 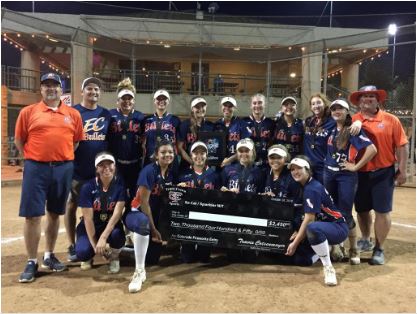 Congratulations to the EC Bullets California Team for winning the NFCA West Region Coaching Staff of the Year! 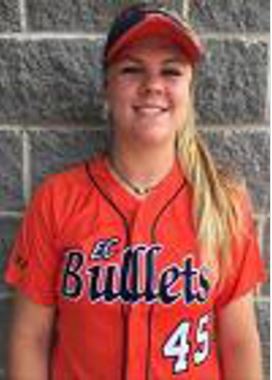 The 6-foot-2 junior right-handed pitcher led the Wildcats to a 26-4 record and the Class 2A state championship this past season. Kilfoyl posted a 23-1 mark in the circle with a 0.32 earned run average and 249 strikeouts in 154 innings pitched. At the plate, Kilfoyl produced a .482 batting average with five home runs, 35 RBI, a .585 on-base percentage and a .788 slugging percentage. A member of the 2017 USA Softball Junior National Team, she fired an 11-inning shutout and stroked the game-winning double in the Wildcats’ 1-0 win over Aucilla Christian High in the state title game.

A member of the Mu Alpha Theta mathematics honor society, Kilfoyl has volunteered locally as part of community beautification projects.

Kilfoyl has maintained a 3.78 GPA in the classroom. She has made a verbal commitment to play softball on scholarship at the University of Alabama beginning in the fall of 2019.

As a Gatorade Player of the Year, Lexi will be able to select a national or local youth sports organization to receive a grant as part of the Gatorade Play It Forward program. Every Gatorade Player of the Year state winner receives a $1,000 grant to donate and will have the opportunity to enter for an additional $10,000 spotlight grant by writing a brief essay explaining why their selected organization deserves additional support. 12 spotlight grants – one for each sport – will be announced throughout the year. 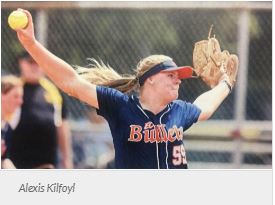 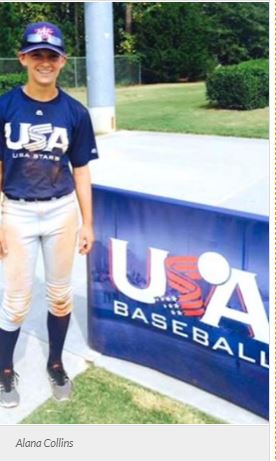 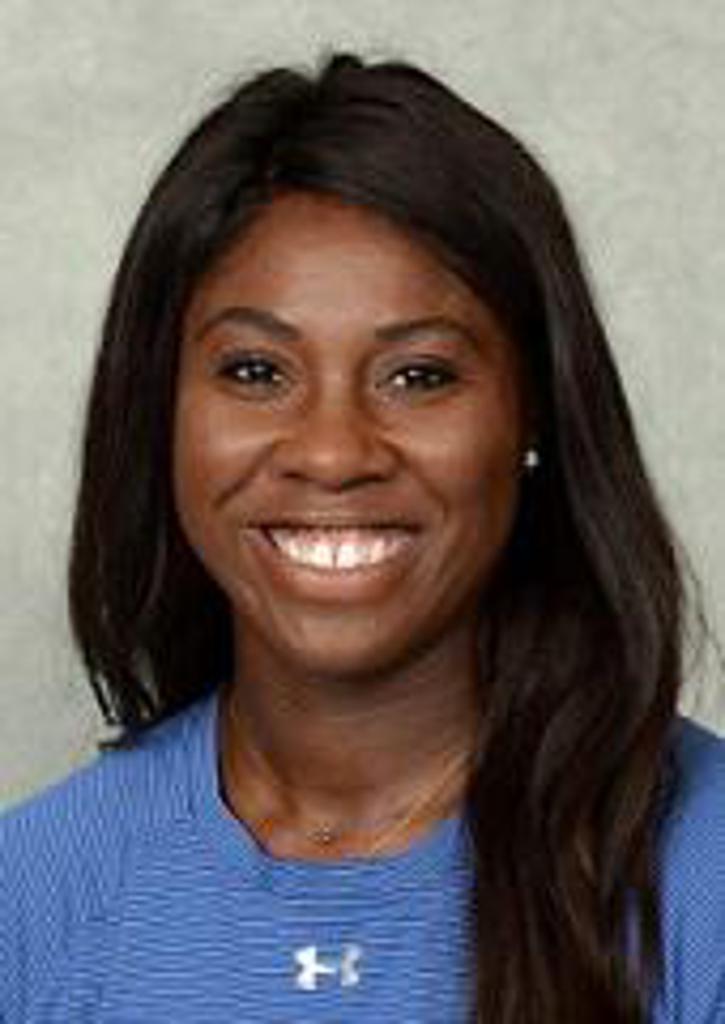 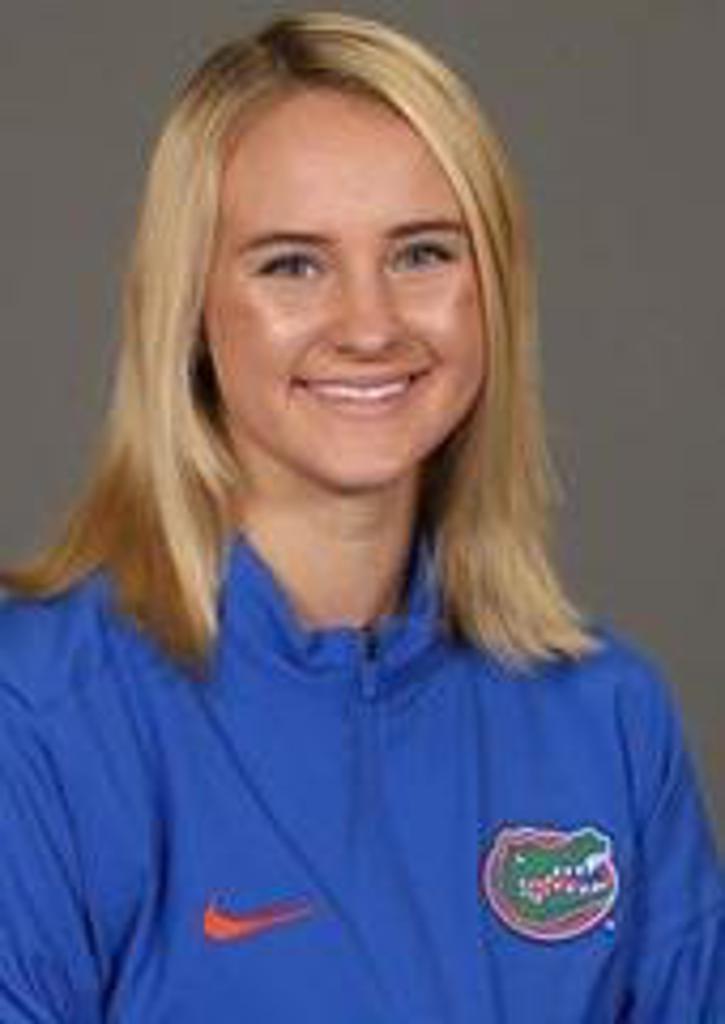 The EC Bullets FastPitch Organization continues to establish itself as one of the nation's best organizations for player development. This is evident as the Bullets place 10 players in the FLOSOFTBALL HOT 100 for the class of 2019.

She is one of only 30 players selected for the honor.

At the development program in Washington, Collins will be one of eight new invitees and will join 22 players previously selected as part of team USA who will be vying for spots on those teams in 2018 and 2019. Over the week of camp, the 30 female baseball players will be practicing with and competing against team Canada.

“It really is unreal to have this opportunity to go play with Team USA,” Collins said. “I’m really excited about going and being a part of this program, playing with some of the best women’s baseball players in the world. I hope to learn as much as I can.”

READ MORE ABOUT ALANA AND HER SELECTION TO THE WBNT

With 60 career home runs, Megan Litumbe is one of the most successful hitters in Sun Belt history. She currently sits in 6th place in the Sun Belt record books. During the 2018 season she posted a .299 batting average in Sun Belt games and recorded 17 RBI with a .532 slugging percentage. On the season overall, she finished with 29 RBI.

BIRMINGHAM, Ala. – Junior right-handed pitcher Kelly Barnhill picked up her third Southeastern Conference Pitcher of the Week award after a successful week in the circle for the Florida softball team. She has now earned the award eight times over her career.

Barnhill (14-1) picked up three wins on the week, including a pair over No. 8 Texas A&M. The Marietta, Ga. native started her week by throwing her fifth complete-game no-hitter of the season against USF this past Wednesday. She struck out 12 Bulls through five innings.

Her five no-hitters, which includes a perfect game, are the most thrown by Florida as program in a single season.

The talented hurler closed out the weekend with a two-hit 12-strikeout performance in the series opening win against the Aggies and followed with 10 strikeouts through six innings in the series finale.

She now has eight games on the season where she has recorded 10 or more strikeouts in an outing. 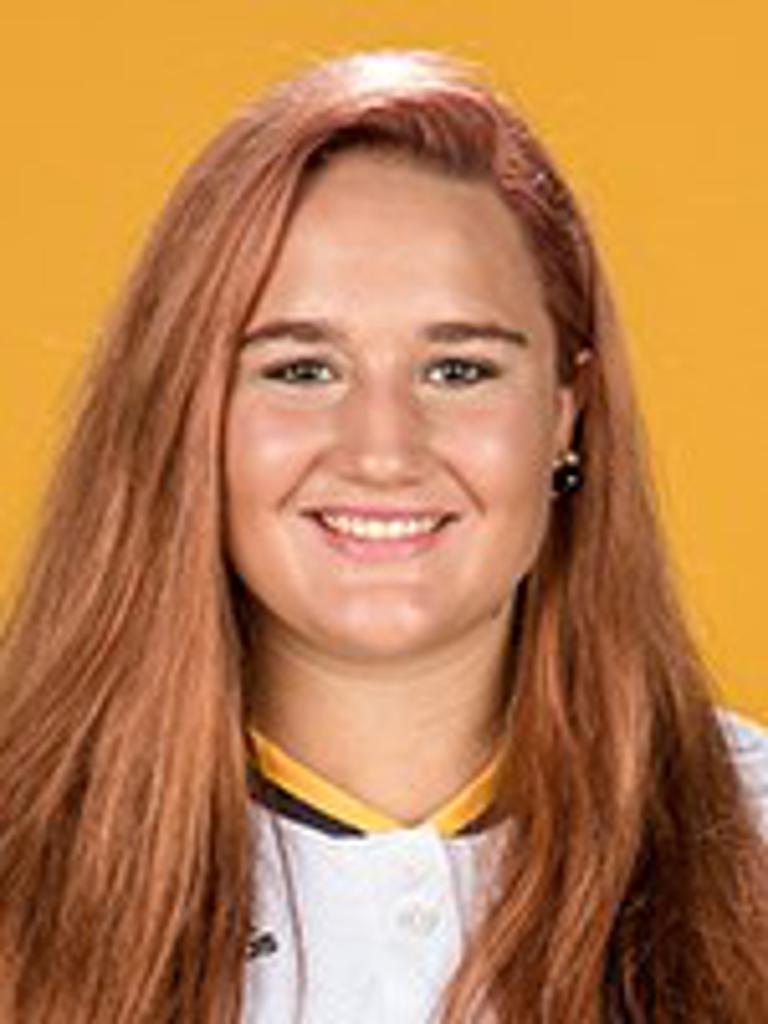 KENNESAW, Ga. – The Kennesaw State softball team reaped the rewards of a regular-season title as it had eight individuals earn a total of 11 honors following Tuesday's release of the ASUN All-Conference awards.

Sophomore Alley Cutting, freshman first baseman Patricia Awald and head coach Pete D'Amour highlighted the list of honorees, earning Pitcher of the Year, Freshman of the Year and Coach of the Year, respectively. Awald and D'Amour were unanimous selections.

Awald and catcher Alexa Solorzano were unanimous picks to the all-freshman team.

"I'd be remiss if I didn't congratulate my assistant coaches for the Coach of the Year award as well," D'Amour added. "All three (Alyssa Cousins, Doug Gillis, Alysha Stanton) coaches work extremely hard and I'm lucky to have them at KSU. It's an award for them just as much as it is for me."

The eight individuals honored is a program record since Kennesaw State joined the ASUN Conference in 2006. The seven players recognized matches a program-high set in 2017.

Cutting becomes the second Kennesaw State player to earn Pitcher of the Year recognition, joining Brittany Matthews, who was honored in 2007, while Awald is third overall and second consecutive KSU player to garner Freshman of Year accolades, joining Ashlee Burkett (2010) and Cutting (2017).

The following are highlights on each Kennesaw State honoree.

Has made a major impact during rookie season . . . Played and started 49 games . . . Batting .378 with team-leading 39 runs scored, 13 home runs, 40 RBIs, .741 slugging percentage and .488 on-base percentage . . . Also has 51 hits and 10 doubles . . . Ranks ninth in the country among freshmen in home runs . . . Among the top 10 in the ASUN in average, slugging percentage, on-base percentage, runs scored, hits, RBIs, doubles, home runs and total bases . . . Earned ASUN Conference Player of the Week honors . . . Has 15 multiple-hit games and tied for the team-lead with 10 multiple-RBI games . . .Hit two or more home runs in a game three times . . . Batted a team-best .349 with three doubles, three home runs and eight RBIs during ASUN Conference play. 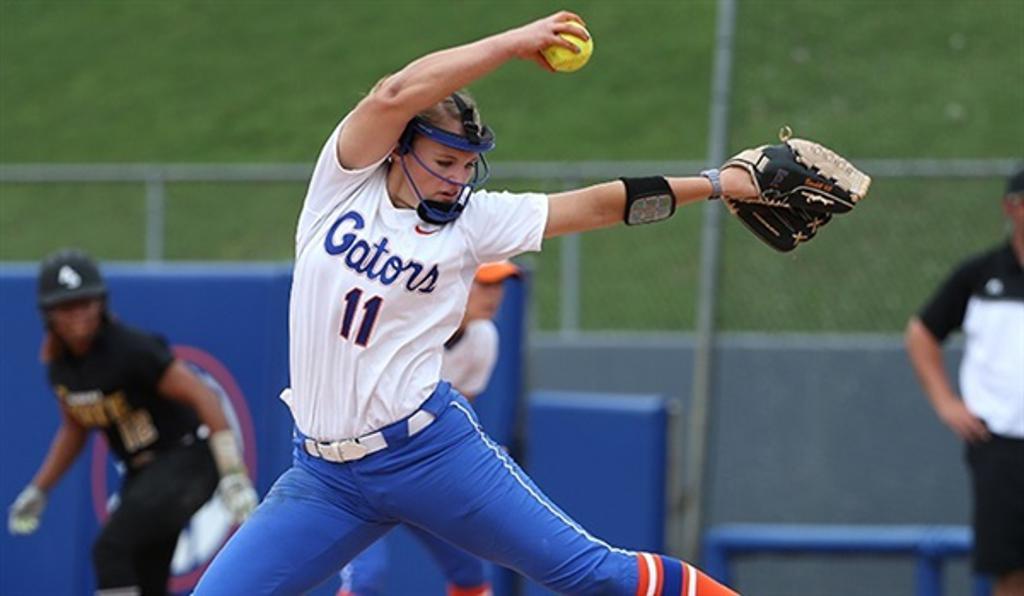 Barnhill made her mark in the collegiate ranks this season by posting outstanding numbers and helping lead her Gators team to the NCAA Women's World Series in Oklahoma City. Noteworthy stats for Kelly this season include 23-3 W/L Record, a 0.35 ERA, and putting 310 Strike Outs in the books.

The USA Softball National Collegiate Player of the Year Award is considered the most prestigious honor in NCAA Division I Softball. Congratulations Kelly!