Congratulations to the EC Bullets California Team for winning the NFCA West Region Coaching Staff of the Year!

Congratulations to the 16U EC Bullets Biele/Heath Team for winning the TCS National Championship!

We are happy to announce that  the East Cobb Bullets Softball Organization will be adding another 18u Team!

We are happy to announce that  the East Cobb Bullets Softball Organization will be adding another 18u Team!

This team will be coached by 3 former college softball players from the southside of Atlanta. Coach McKenzie Woody, Mercer Alumni, and Coach Peyton Roth, Armstrong Atlantic Alumni, will be looking to add dedicated and hard-working athletes to their team.

Please contact the coaches directly at ECBulletsWoodyRoth@gmail.com and be on the lookout for tryout information!

EC Bullets-Schnute claim top spot in 18u US Club Rankings 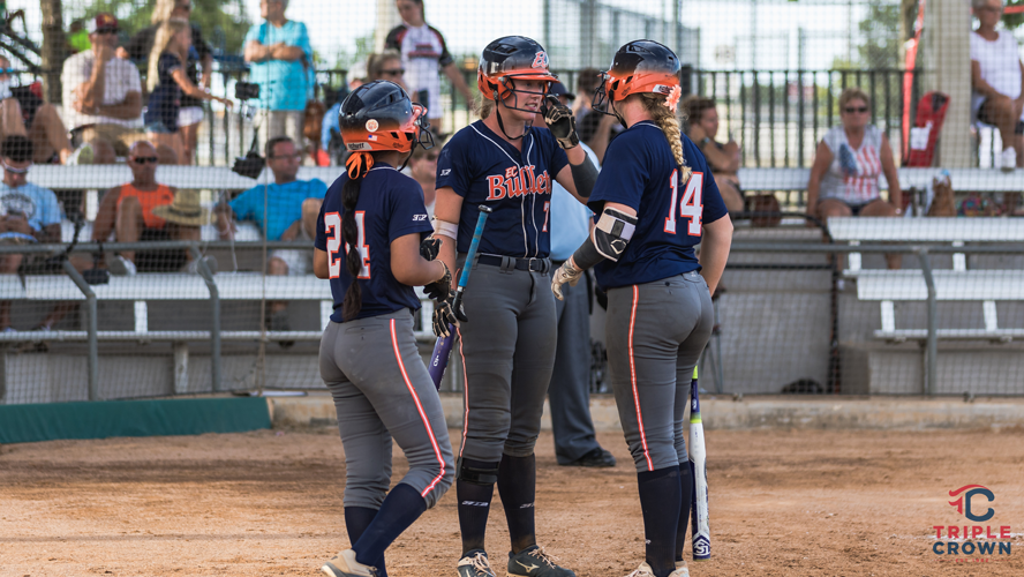 Greg Schnute Builds EC Bullets On The Foundation Of Excellence 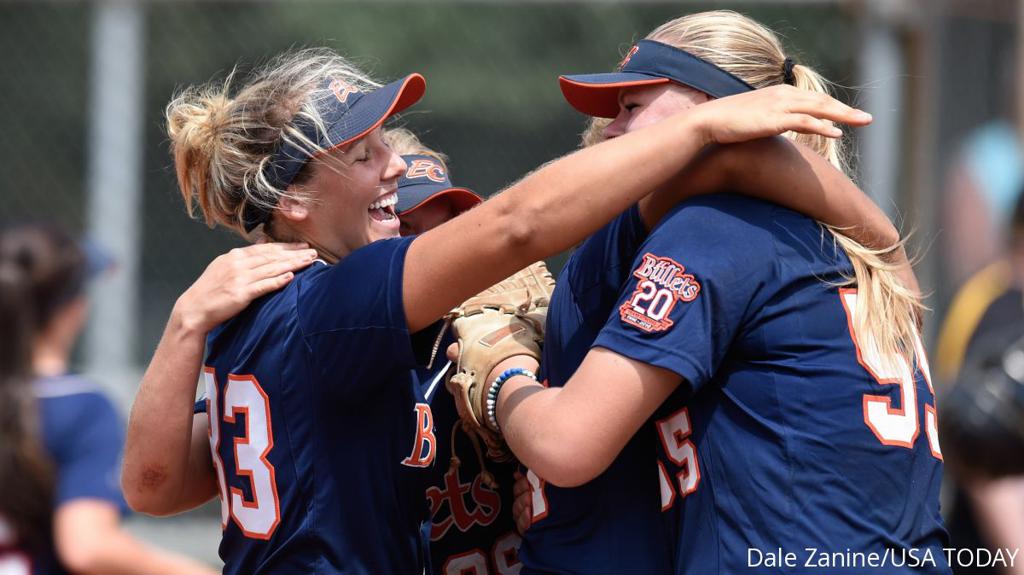 The EC Bullets FastPitch Organization continues to establish itself as one of the nation's best organizations for player development. This is evident as the Bullets place 10 players in the FLOSOFTBALL HOT 100 for the class of 2019.

She is one of only 30 players selected for the honor.

At the development program in Washington, Collins will be one of eight new invitees and will join 22 players previously selected as part of team USA who will be vying for spots on those teams in 2018 and 2019. Over the week of camp, the 30 female baseball players will be practicing with and competing against team Canada.

“It really is unreal to have this opportunity to go play with Team USA,” Collins said. “I’m really excited about going and being a part of this program, playing with some of the best women’s baseball players in the world. I hope to learn as much as I can.”

READ MORE ABOUT ALANA AND HER SELECTION TO THE WBNT

The 6-foot-2 junior right-handed pitcher led the Wildcats to a 26-4 record and the Class 2A state championship this past season. Kilfoyl posted a 23-1 mark in the circle with a 0.32 earned run average and 249 strikeouts in 154 innings pitched. At the plate, Kilfoyl produced a .482 batting average with five home runs, 35 RBI, a .585 on-base percentage and a .788 slugging percentage. A member of the 2017 USA Softball Junior National Team, she fired an 11-inning shutout and stroked the game-winning double in the Wildcats’ 1-0 win over Aucilla Christian High in the state title game.

A member of the Mu Alpha Theta mathematics honor society, Kilfoyl has volunteered locally as part of community beautification projects.

Kilfoyl has maintained a 3.78 GPA in the classroom. She has made a verbal commitment to play softball on scholarship at the University of Alabama beginning in the fall of 2019.

As a Gatorade Player of the Year, Lexi will be able to select a national or local youth sports organization to receive a grant as part of the Gatorade Play It Forward program. Every Gatorade Player of the Year state winner receives a $1,000 grant to donate and will have the opportunity to enter for an additional $10,000 spotlight grant by writing a brief essay explaining why their selected organization deserves additional support. 12 spotlight grants – one for each sport – will be announced throughout the year.