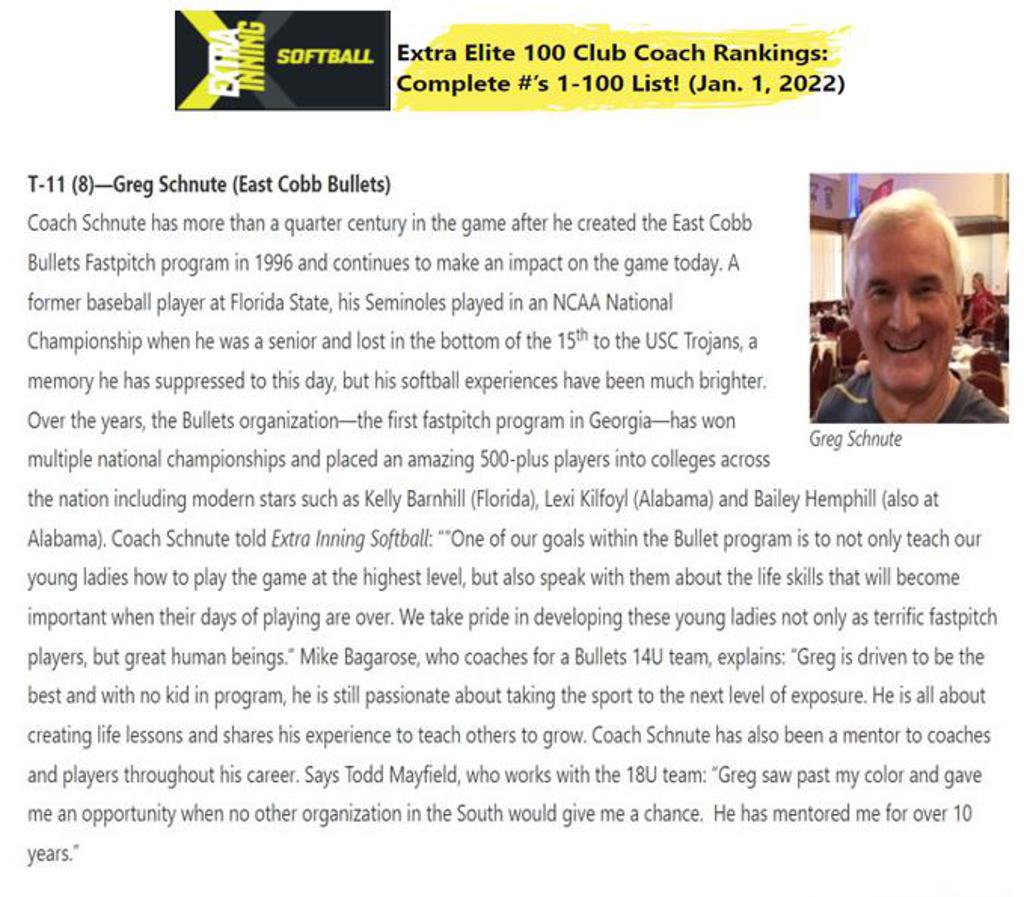 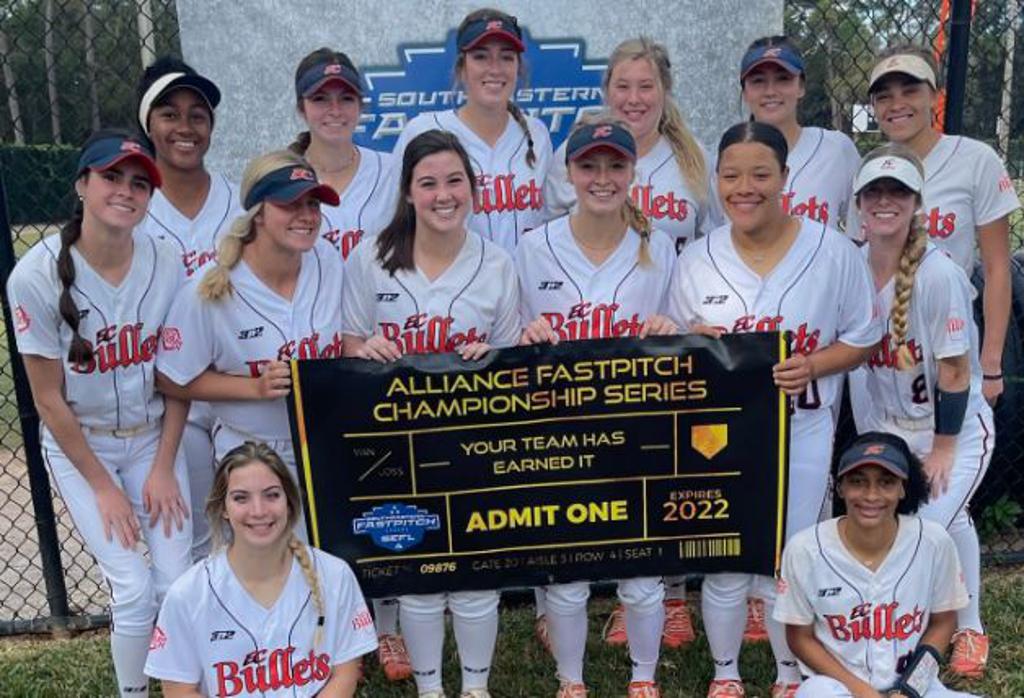 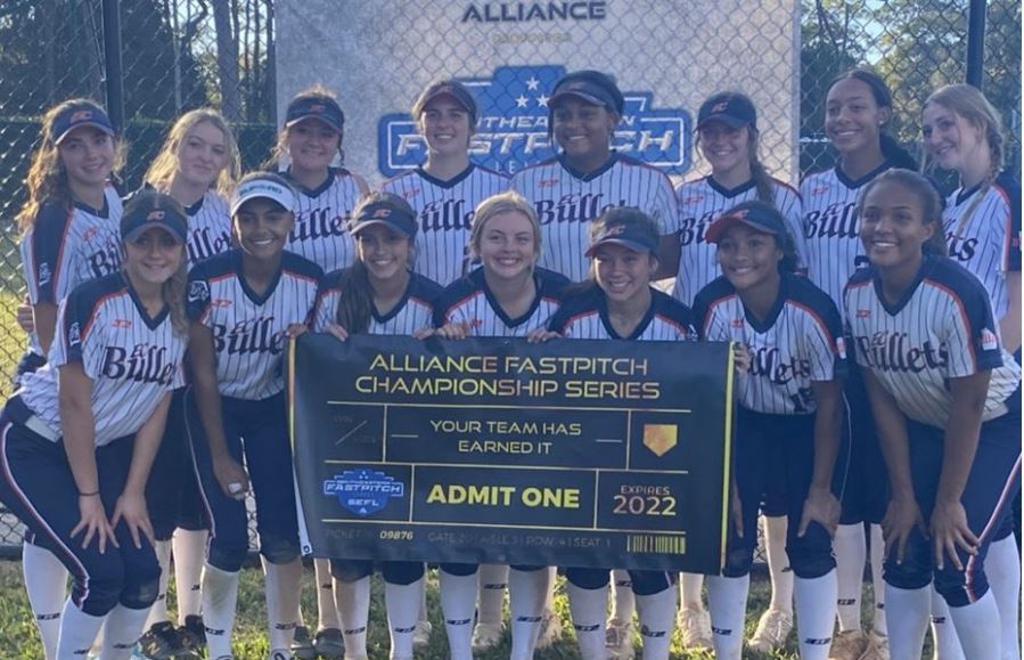 *** CLICK ON PHOTO FOR ARTICLE *** to Extra Inning Softball site 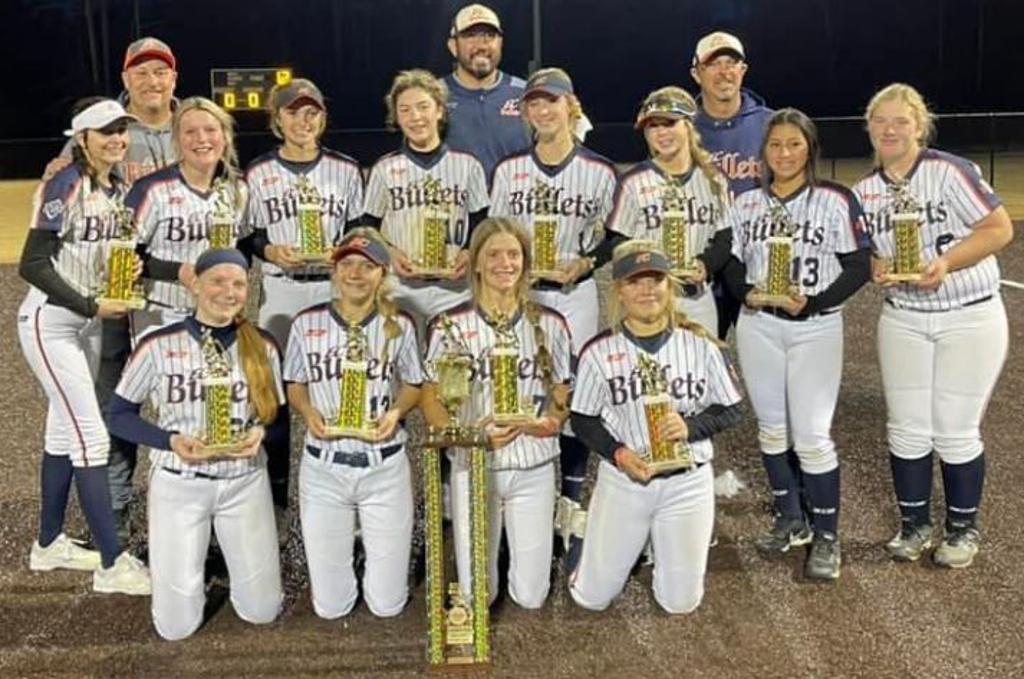 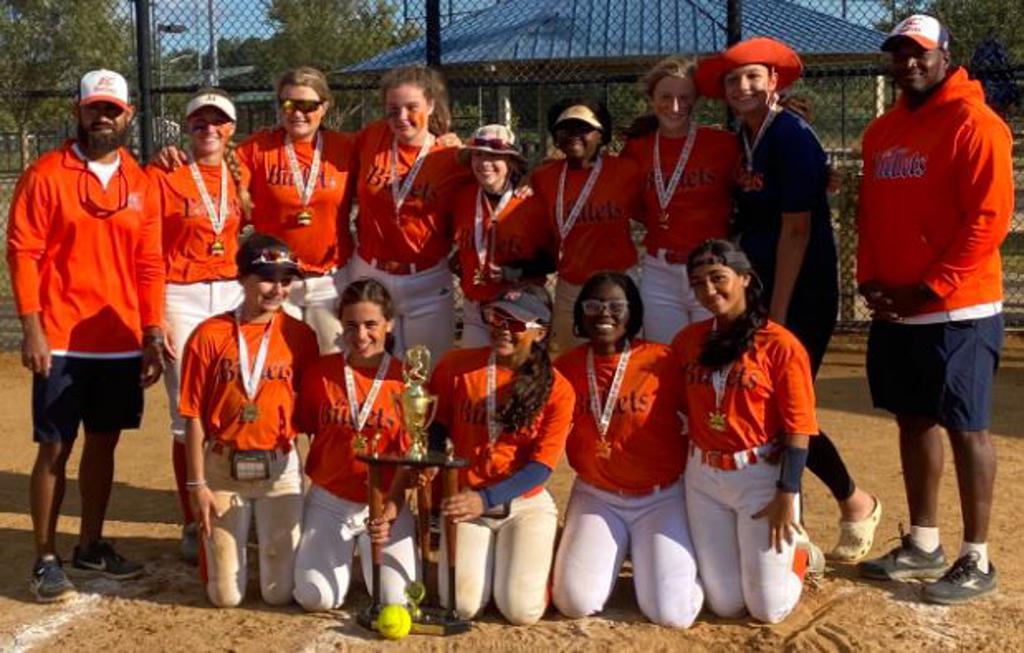 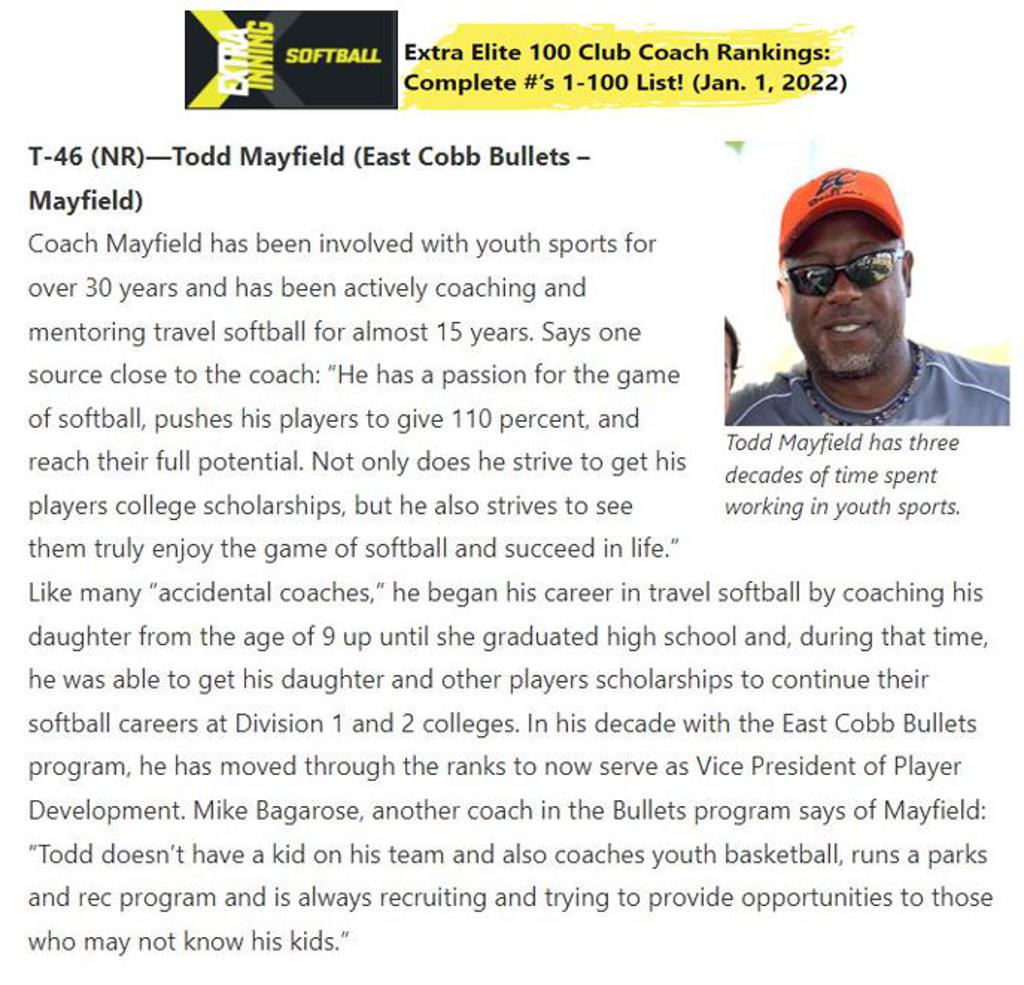 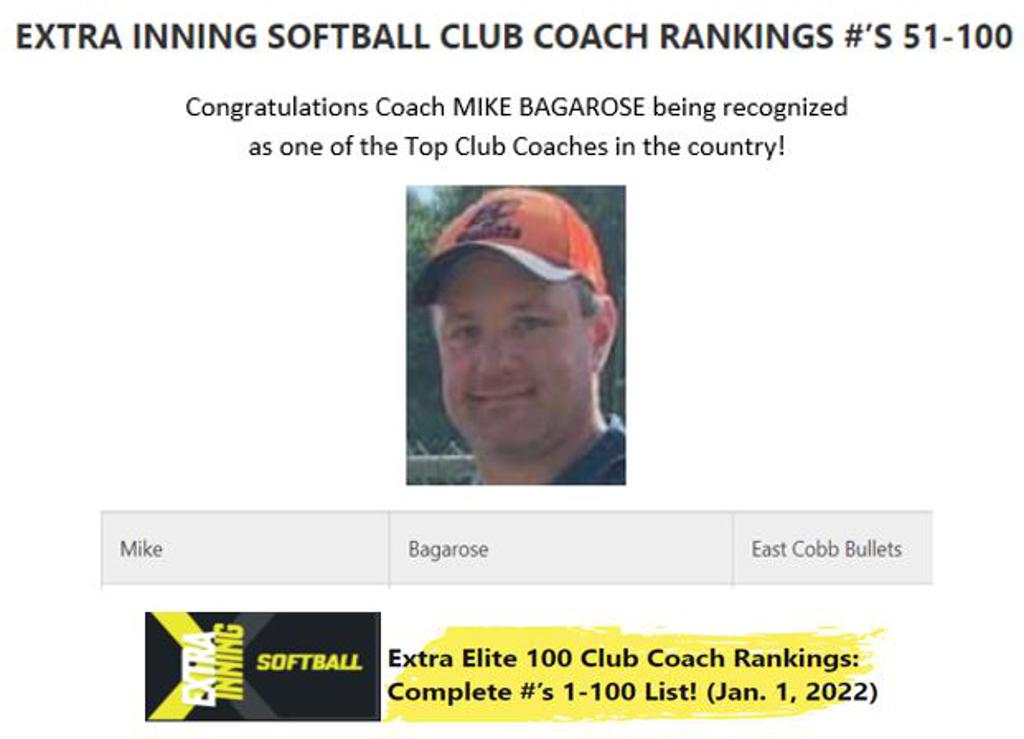 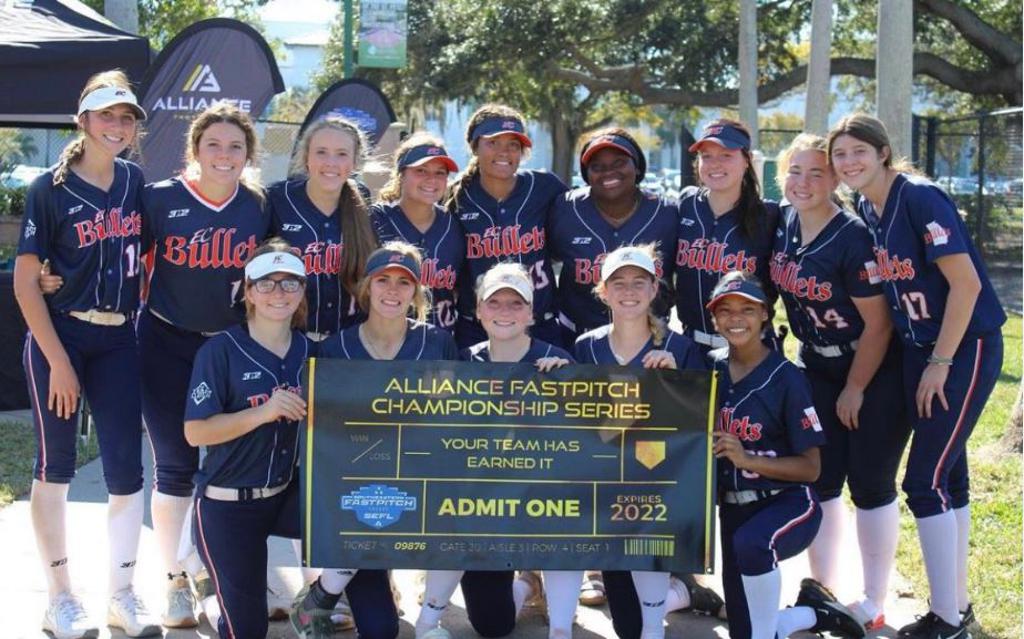 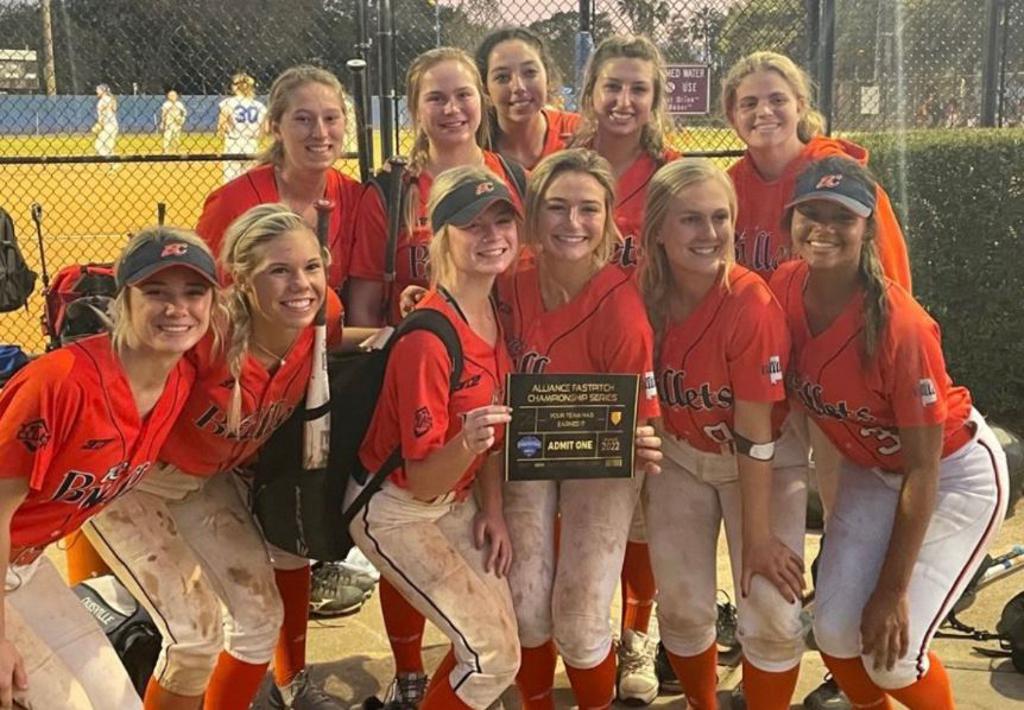 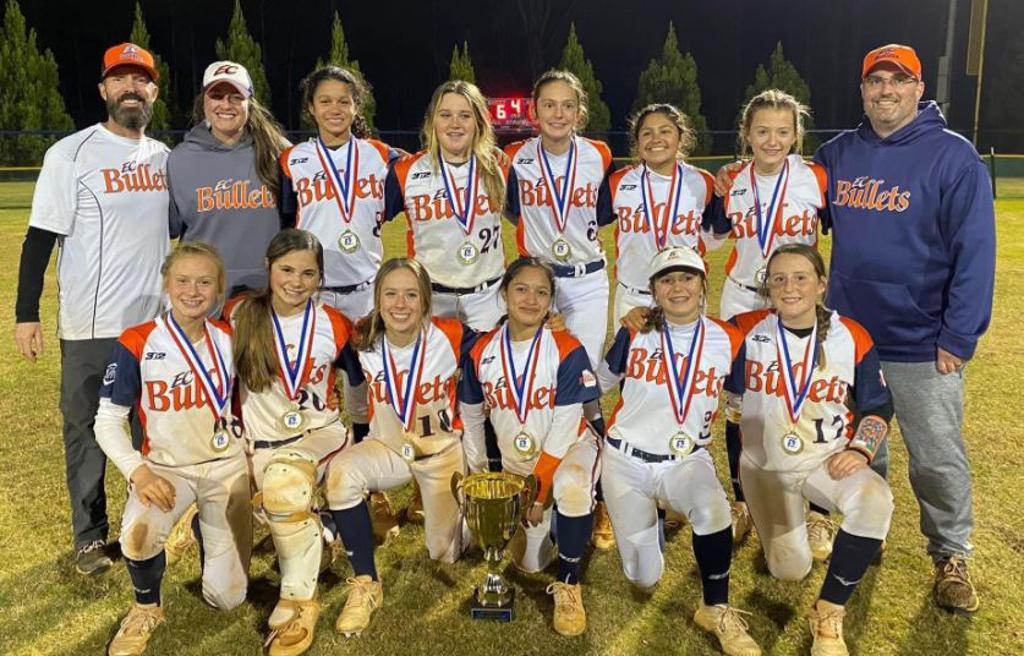 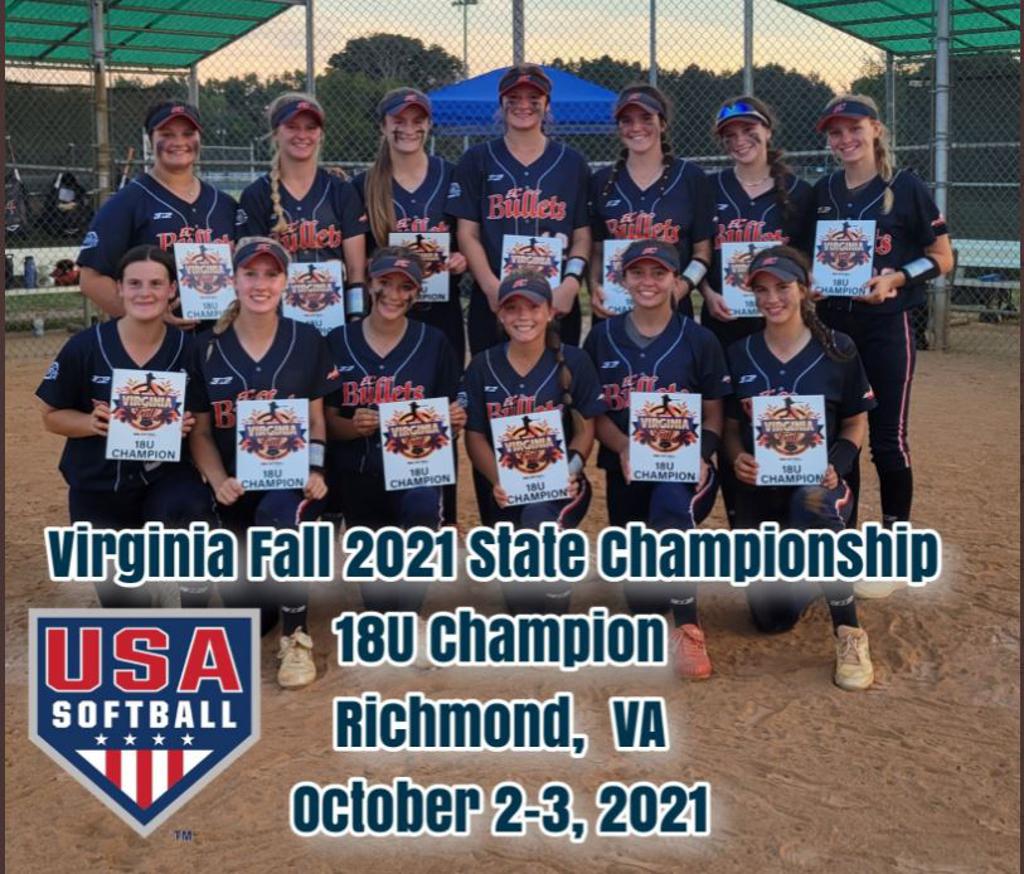 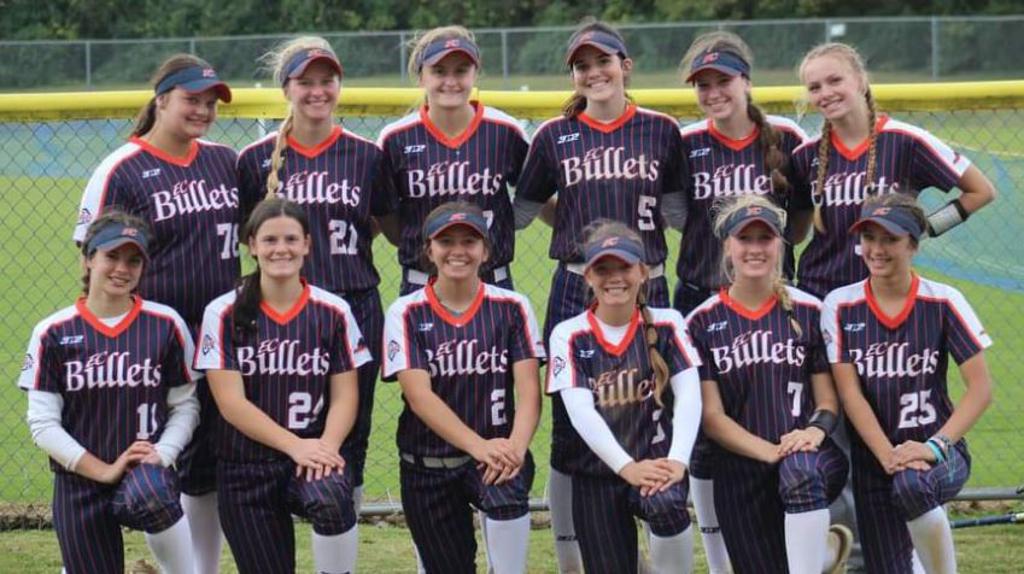 Congratulations to Makalya Stephens '23 on being selected for the

All of this @MLBRBI World Series in Viera, FL.

MAKE SURE TO SCROLL BELOW FOR OUR TWITTER FEED!

RT @catosterman: Take a break. The grind does stop on occasion. ‘No Days Off’ isn’t healthy. Your mind, body and emotions need time to regr…

RT @LaurenA2024: The season of giving!! Spent the morning giving back to my community by making hygiene packs and clothing boxes for those…

RT @ECBWaller: **Commitment Alert** We want to congratulate our Megan Loftis(2022 - North Paulding)on her decision to continue her academi… 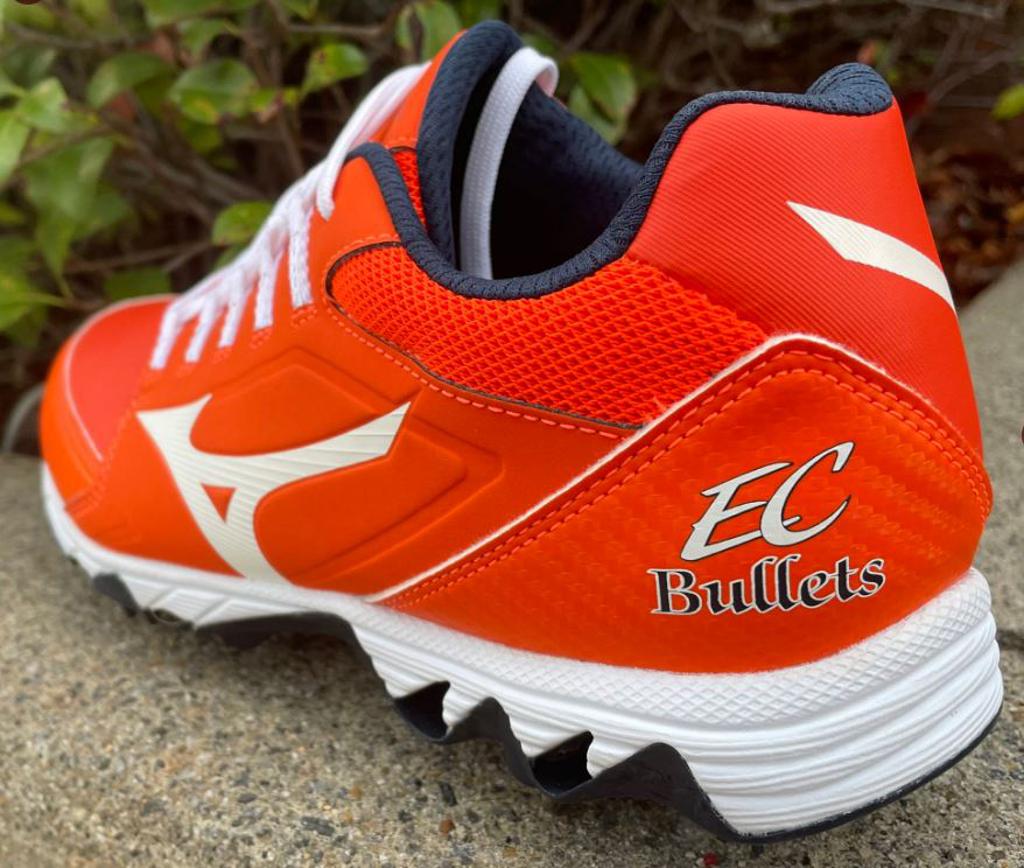 The EC Bullets is proud to have developed a tradition of excellence that has helped over 500+ players receive college
scholarships to play fastpitch softball!

We had a great time in Houston at Scrapyard playing against the Junior Olympic Team. We are proud to say, the Junior Olympic team has three of our former Bullets, Kassidy Krupit, Lexi Kilfoyl, and Callie Turner! The game was tied when the rains came! 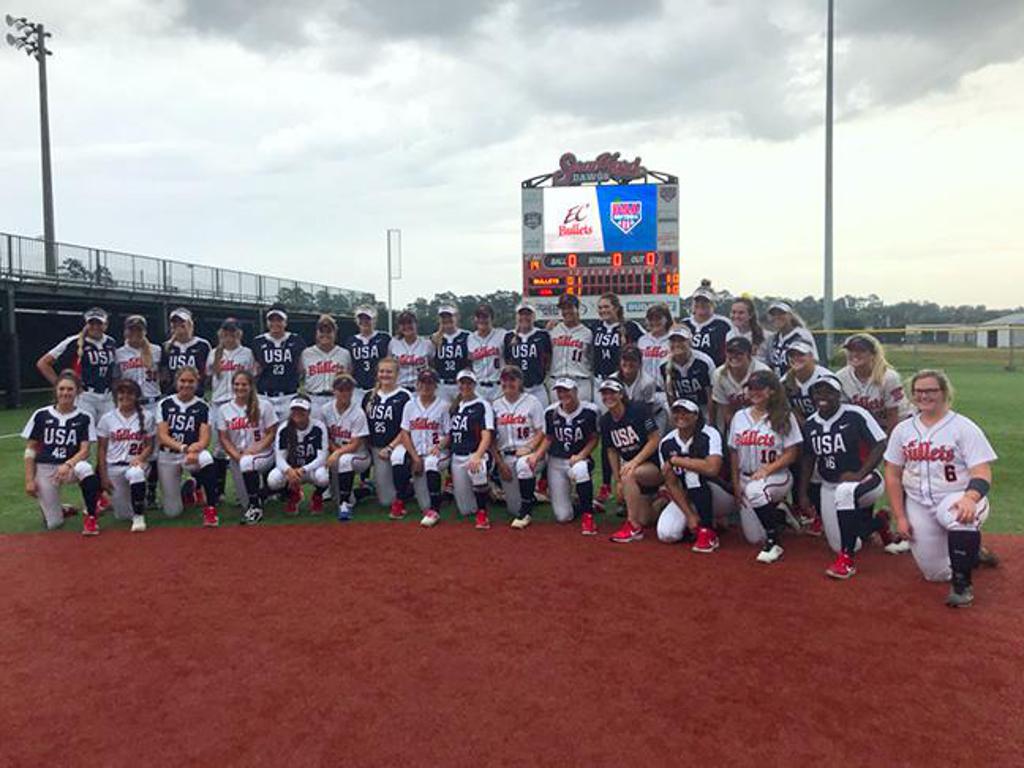 What an honor to be photographed with three of our players who are now on the USA Junior Olympic Team! 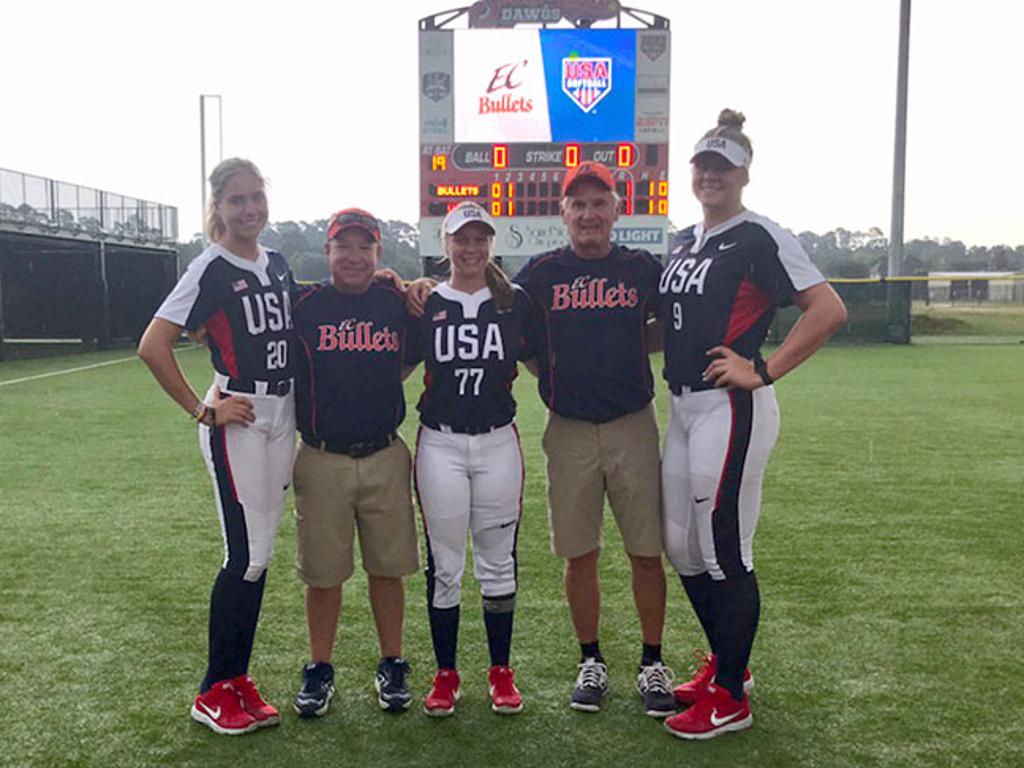 "The season seems to be flying by and with it my games, like every amazing senior in my class, are numbered, so I continue to love and cherish every single moment I get to spend in the orange and blue uniform." Kelly Barnhill 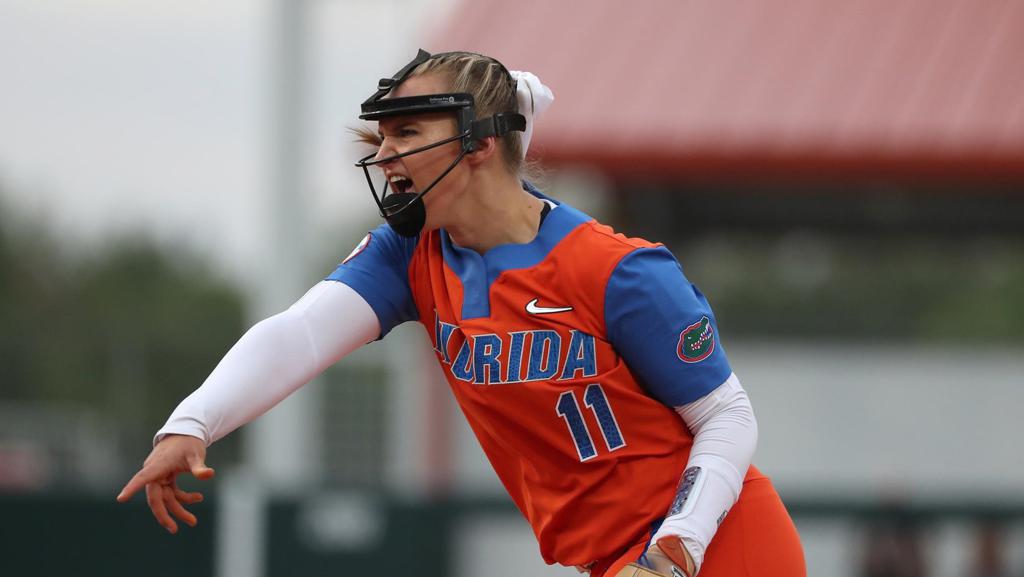 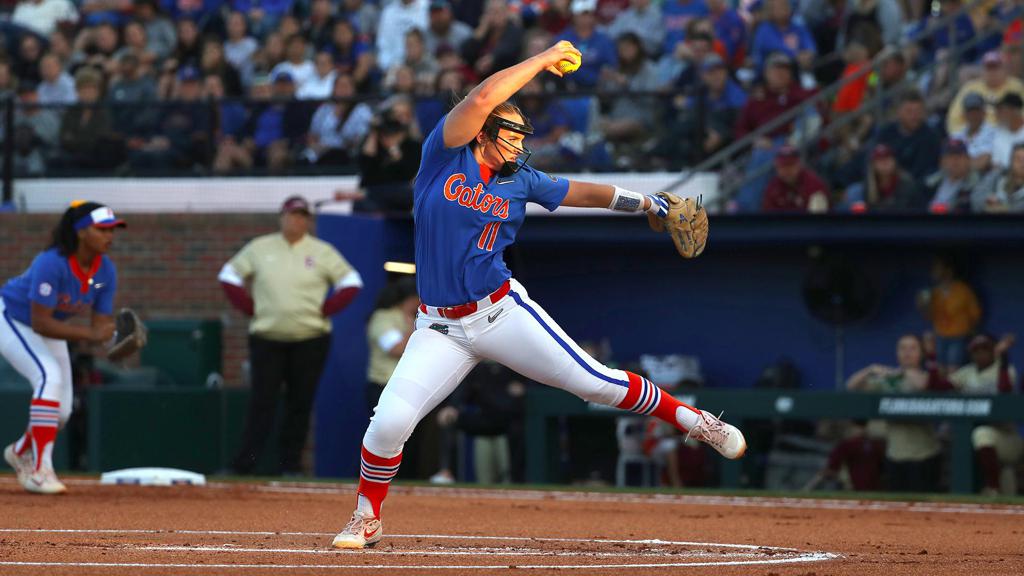 Thank you to our Sponsors:

Some Thoughtful Words From Our Kelly Barnhill! "SENIOR FEELS"

This weekend at Auburn was my last regular season SEC away series, four years ago it was also my first SEC series ever. Crazy how things come full circle like that. I remember how excited and, to be honest, nervous I was to pitch in my first SEC game ever. It was not a good outing. I remember giving up three home runs to Kasey Cooper, Carly Wallace and Emily Carosone, two of which were back-to-back. It was definitely a wake-up call for the inexperienced freshman that I was that the SEC and college softball was at a whole different level that I had never experienced before.

This weekend I threw my first no-hitter of the year and surpassed my role model and mentor Stacey Nelson’s career strike out record at Florida with over 1,116 Ks at Auburn. I have grown and learned so much in the past four years and am grateful for all the lessons the game has taught me. I wouldn’t change the ups and downs for the world because I am who I am today because of those experiences. With each and every game I continue to grow and learn. The season seems to be flying by and with it my games, like every amazing senior in my class, are numbered, so I continue to love and cherish every single moment I get to spend in the orange and blue uniform. 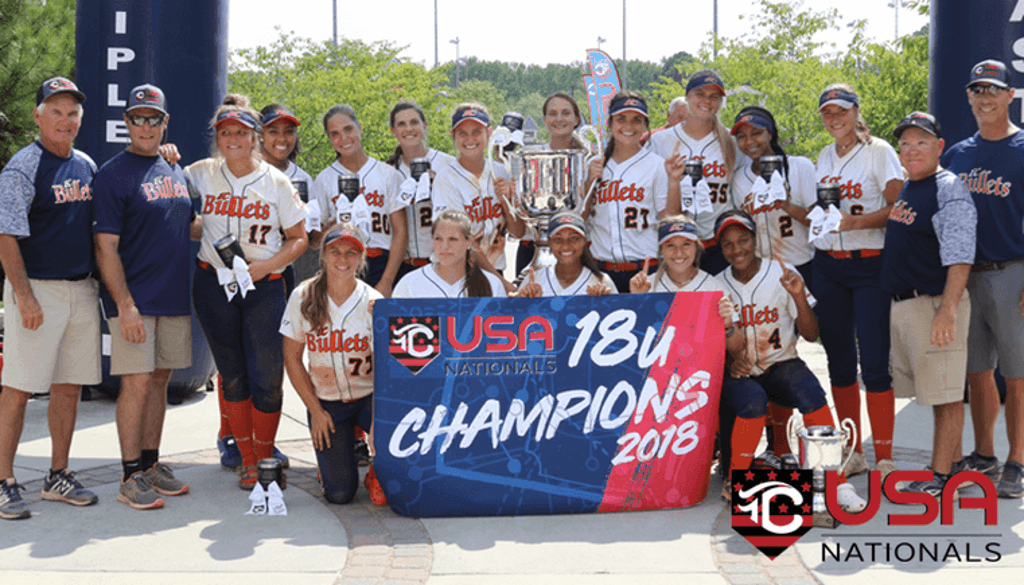 EC Bullets Winners of the TC/USA 18u Nationals

TC/USA Nationals Wrap Up Thursday With Dominating Performance in 18U

Over 500 players have received scholarships to play College FastPitch!

Coach Greg Schnute and his coaching staff guided their team to another outstanding year while competing against the best competition in the nation. His ECB 18Gold team brought home, to Georgia, the 2018 Triple Crown 18U National Title. Additionally the team made a Top 5 Finish at the 2018 Independence Day 18 Boulder Division Tournament. These accomplishments, along with others, secured the ECB Schnute Team a 1st Place Overall National Ranking per USCLUBRANKINGS.com

Coach Schnute and the EC Bullets have been instrumental in elevating the level of Fastpitch played in Georgia. The state routinely fields some of the best teams in the nation. This is evident when you begin looking at the rosters of the Top 25 College Fastpitch Teams. Georgia athletes are well represented. The EC Bullets can take pride in the fact that they developed many of those current, past, and future players on those college rosters.

The EC Bullets motto is "Play Like A Champion". Congratulations to the ECB Schnute Team for making that motto a reality in 2018!